Camp Hardtner, located in Pollock, Louisiana, is home to Louisiana’s only Episcopal summer camp. The mission of Camp Hardtner is “to seek to provide an atmosphere that promotes both personal and spiritual growth and renewal for all guests.” Camp Hardtner welcomed its first campers in the summer of 1948 and, in 2018, Camp Hardtner will celebrate its 70th anniversary of ministering to the youth of Louisiana and beyond!

While Camp Hardtner’s first summer in its current location was in 1948, the Diocese of Louisiana (prior to the establishment of the Diocese of Western Louisiana) hosted its first summer camp in 1922 under the direction of St. Paul’s in New Orleans’s Curate, the Reverend Joseph S. Ditchburn. This was the proverbial spark that would become Camp Hardtner 26 years later.

The first reference in church records to a summer camp facility being built in Louisiana was in 1927, when it was reported to the Diocese of Louisiana that “[t]he Diocesan League has started a fund for a permanent camp site to be used for their summer conferences and by other Diocesan organizations. They have over $500 in the bank to the credit of this fund.”

Bishop Girault M. Jones, a pillar in Camp Hardtner history, aptly summarized the origins of Camp Hardtner: “[T]he dreams of a camp and conference center did not come from diocesan headquarters or from a long-range planning committee. It came from the young people themselves. In any history of Camp Hardtner, this deserves to be mentioned.”

May 1, 1940 was a pivotal day in Camp Hardtner history. It was on this date that Bishop John Long Jackson was consecrated the Bishop of Louisiana. Shortly after his consecration, Bishop Jackson quietly began creating Camp Hardtner. On December 17, 1941, Quintin T. Hardtner, a lumberman and loyal layman of St. James, Alexandria, sold Bishop Jackson forty acres of timbered property on Fish Creek, in Pollock, Louisiana, just off of Highway 165.  Five years later, Mr. Hardtner facilitated the acquisition of another forty acres. Those two sales purportedly amounted to $600, a sum that all presume Mr. Hardtner paid himself. Today, Camp Hardtner sits on more than 160 acres of land.

With the land procured, Bishop Jackson and Fr. Ditchburn turned their attention to raising funds to build a camp on this property. In 1945, Fr. Ditchburn addressed the Diocesan Convention, passionately requesting funds to make Camp Hardtner a reality. Fr. Ditchburn energized the Diocese and the “Victory Fund” (referring to the impending victory in World War 2) was established. A goal of $250,000 was met within the year. Camp Hardtner was close to becoming a reality.

In 1947, Bishop Jackson was able to secure cabins and other buildings from Camp Beauregard, home to the Louisiana National Guard. After World War II, many military installations over the country were being dismantled. Bishop Jackson recognized this opportunity and purchased ten hutments and a mess hall for Camp Hardtner. Today, you may know them better as Cabins 1 through 10 and the Camper’s Lounge.

Camp Hardtner was one year away from receiving its first campers, but the land remained forest. Low on funds but with plenty of resourcefulness, the Diocese enlisted a high school football team in Monroe to clear cut twenty acres to serve as Camp Hardtner’s home.

In 1948, Bishop Jones, with the help of the Reverend A. Stratton Lawrence, curate for Trinity Church, New Orleans, created the logistics for the first Camp Hardtner summer camp. Perhaps the wisest move they made was hiring James “Smiley” Milam as the Camp Hardtner caretaker. Milam Field is named after Smiley Milam, who was given that nickname by the campers, in honor of the multitude of services he provided Camp Hardtner. The first session of Camp Hardtner proved challenging, with unbearable heat and incomplete accommodations; but as any Camp Hardtner loyalist knows, God provided and the campers looked back at this session very fondly.

The 1948 summer session was the only Bishop Jackson saw as he passed away on September 2, 1948. Bishop Jones succeeded him two months later. In the summer of 1949, Bishop Jones visited each of the camp sessions and explained this dedication: “I felt it important for me to make myself known at each of the summer sessions. I wanted those campers to remember me as a camper.” Bishop Iveson B. Noland followed in this tradition. When Mr. Hardtner heard of Bishop Jones’s personal involvement with camp, he provided Smiley Milam materials necessary to build Camp Hardtner a Bishop’s Cottage.

In 1959, the Chapel of the Holy Family was built by the generosity of who other than the Hardtner family. The Chapel was a very popular spot for campers. Not only did it provide a beautiful site for worship, it was the only building with air conditioning!

1959 was an important year for Camp Hardtner for another reason. This was the year Bishop Willis R. Henton was introduced to the facility. Bishop Henton, prior to his consecration as such, became involved with Camp Hardtner as a staff member and then dean of the Junior High session. Bishop Henton’s leadership resulted in the creation of the summer sessions’ general format still used today. Chiefly, Bishop Henton stated that he aimed for counselors to “be more than ‘order’ keepers in the cabin, but teachers and friends. They were encouraged to talk about being a Christian in sharing life experiences as counselors and friends, and always be good examples.”

**This History is a summary of prior writings of Bishop Jones and Bishop Henton. Special thanks to Ron Roberts and Judge Tom Yeager who were instrumental in obtaining those histories. 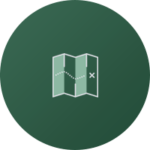 “I confess to loving Camp Hardtner. The campers used to say that God lives at Camp Hardtner. It is certainly a sacred place to me and many others.” Bishop Willis G. Henton.